Any engagement that ends with a high peak summit and a curious Pine Marten is my kind of shoot. When Mike and Brandi contacted me about shooting their wedding in the mountains I silently high fived myself at the thought of working with them in such a beautiful location. We started planning the engagement shoot that would possibly include hiking a high peak. They both have completed all 46 Adirondack high peaks. I on the other hand have kinda sorta completed one. Whiteface foiled summit plans by sticking its head in the clouds. So I’m officially at zero. We picked a date and hoped for snow, and as it turns out there was a storm the day before I arrived. I got lucky. The town of Lake Placid didn’t though. They lost power overnight. We were to shoot the engagement photos on Sunday and hike Big Slide on Monday.

The hike started off snowy and hazy. I was plenty satisfied with this alone but as the hours went by the sky cleared and the view became crisp.

Closing in on Big Slide from Three Brothers. The summit is directly over Mike’s head. 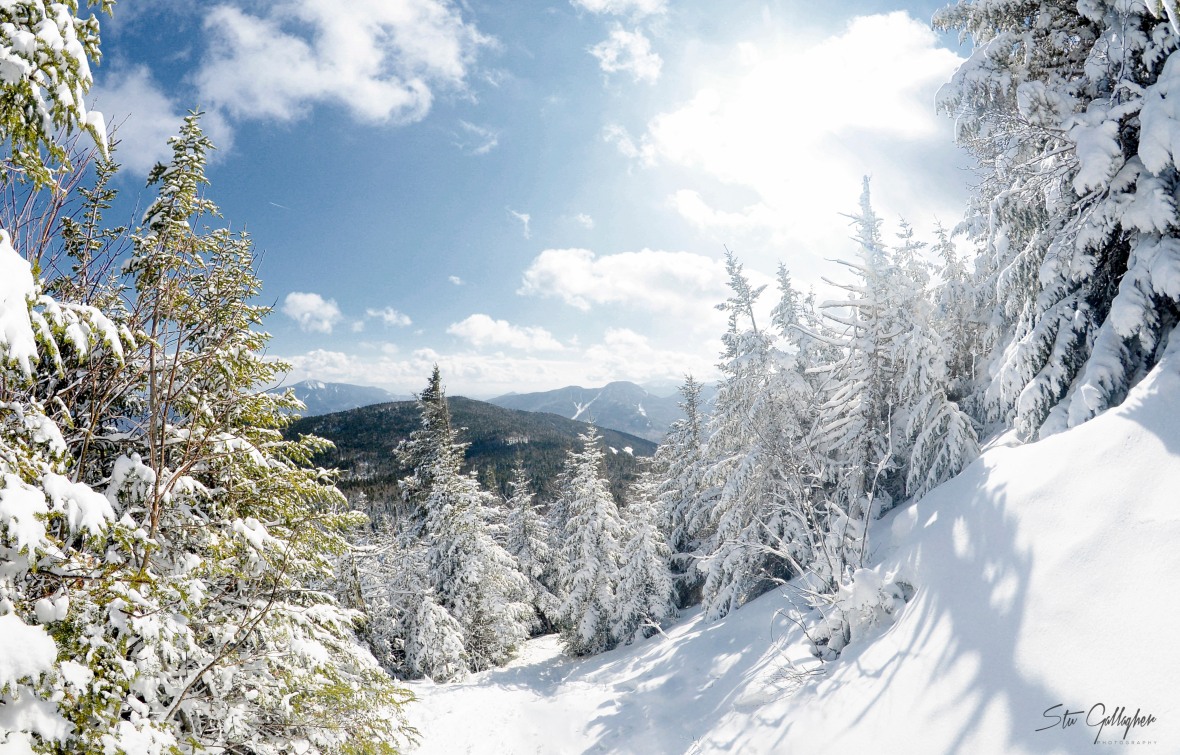 The last .3 up Big Slide Mountain in the High Peaks of the Adirondack Mountains 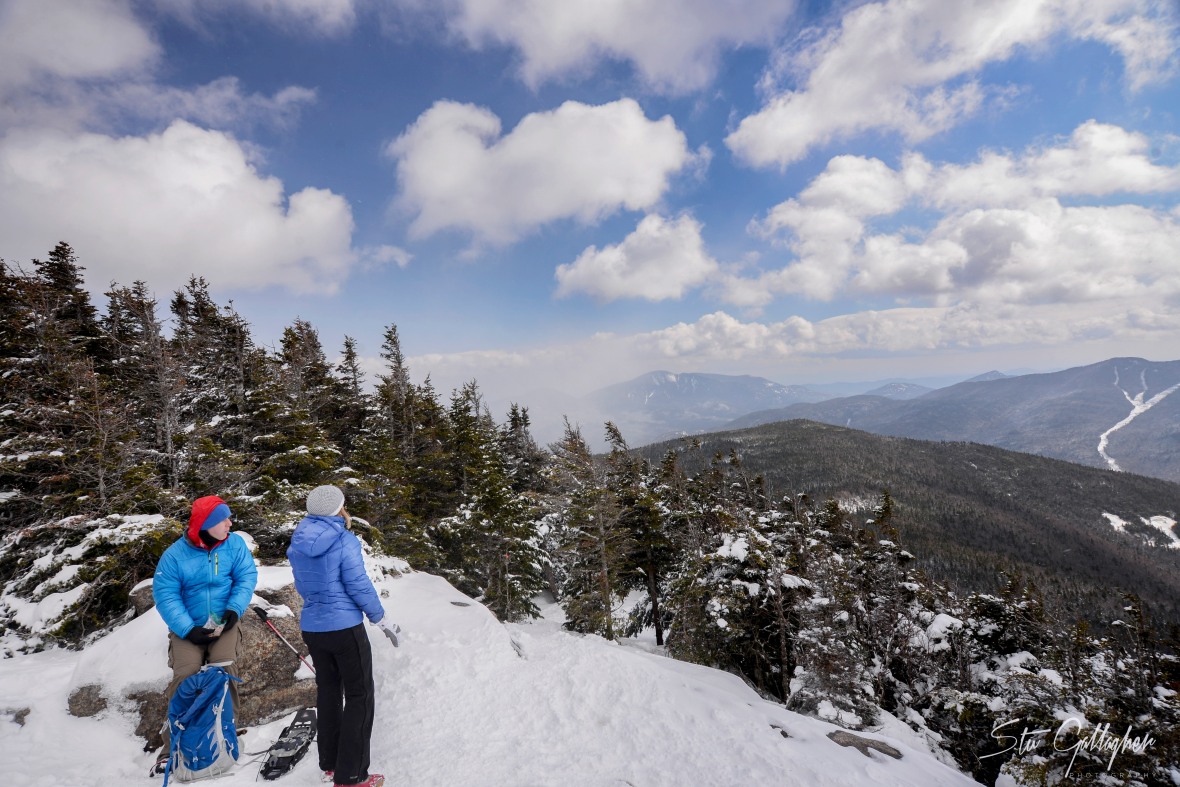 Summit time on Big Slide and a jacket change. 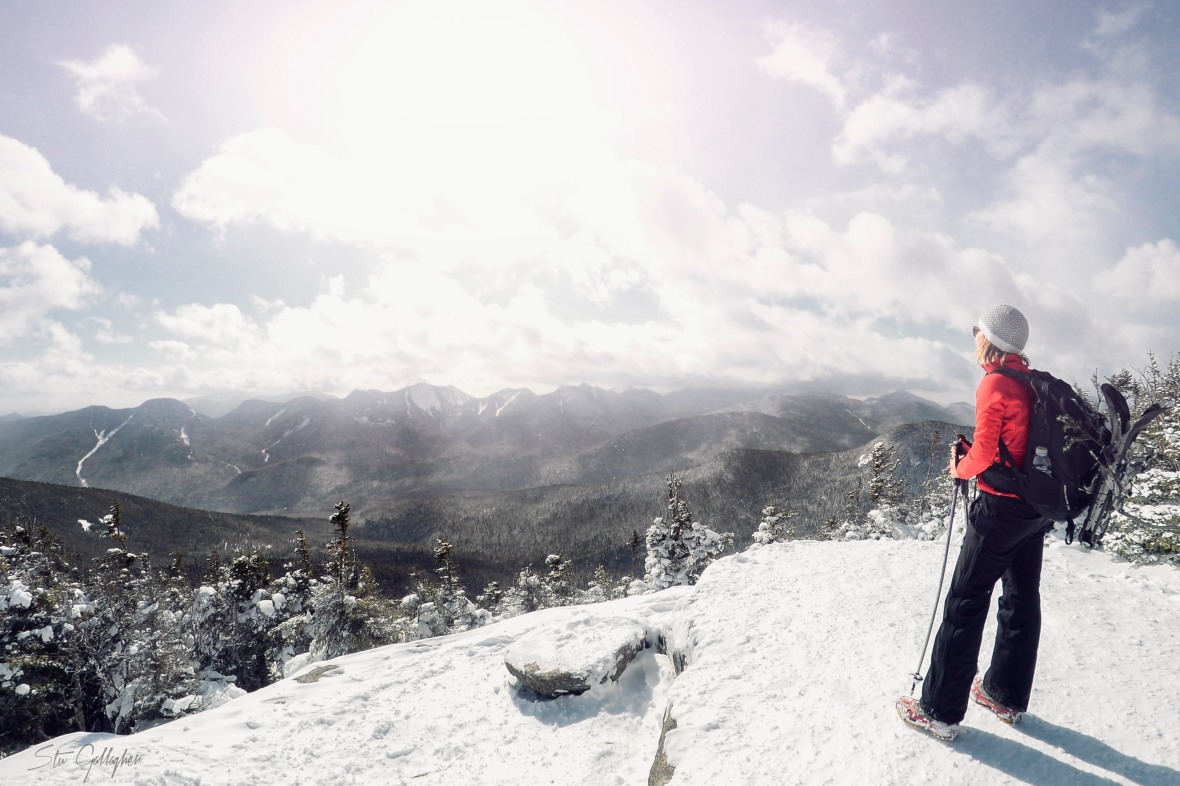 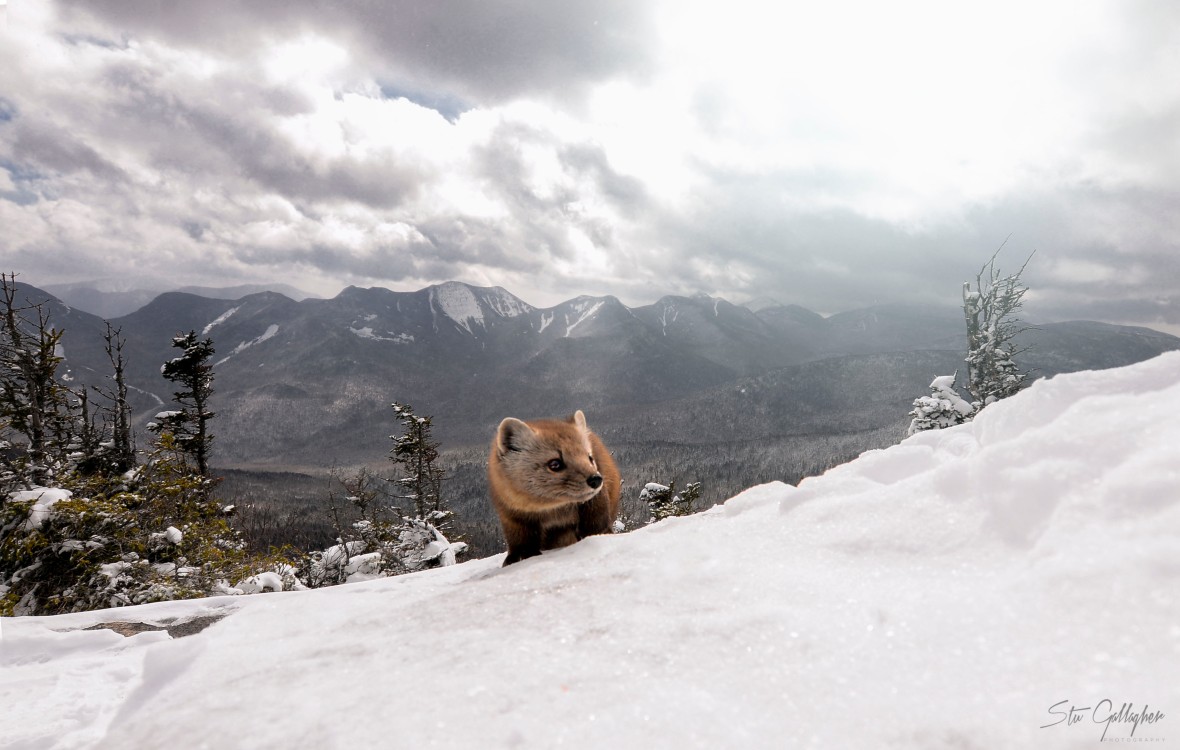 Pine Marten at the summit of Big Slide

The fastest way down and most fun. 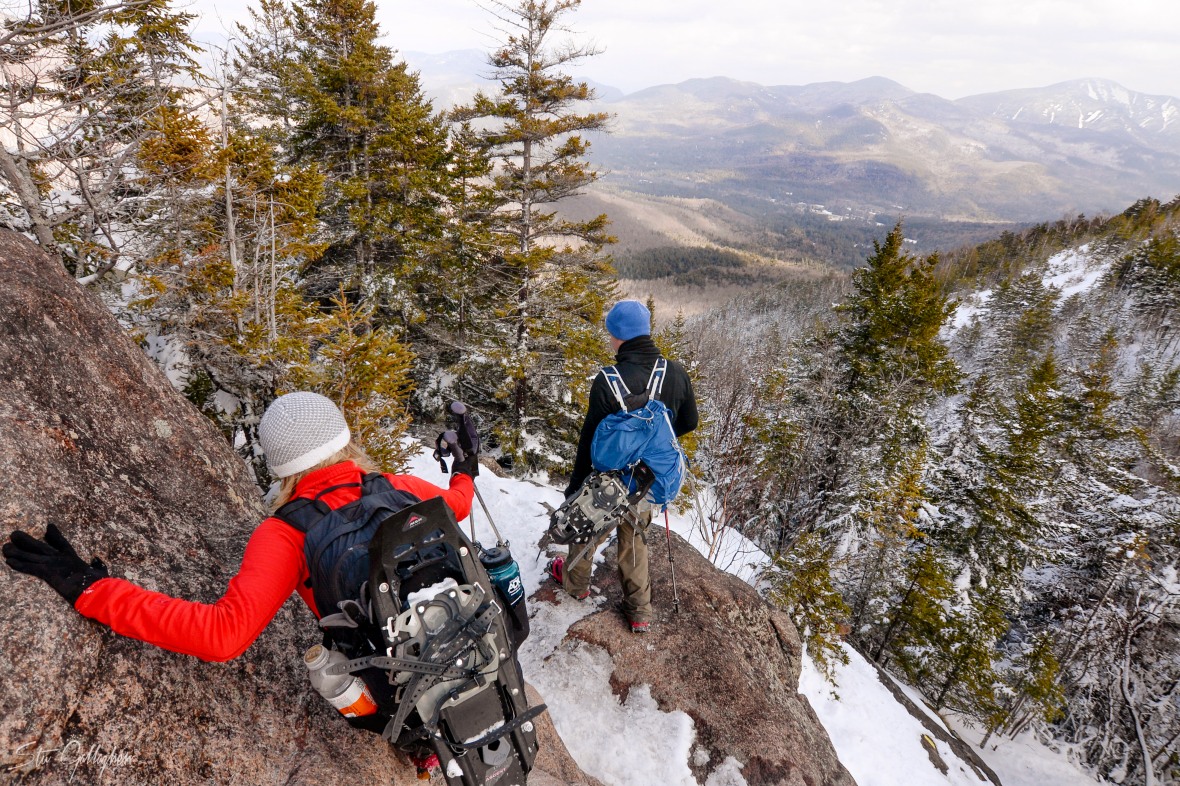 Headed back to the Garden. 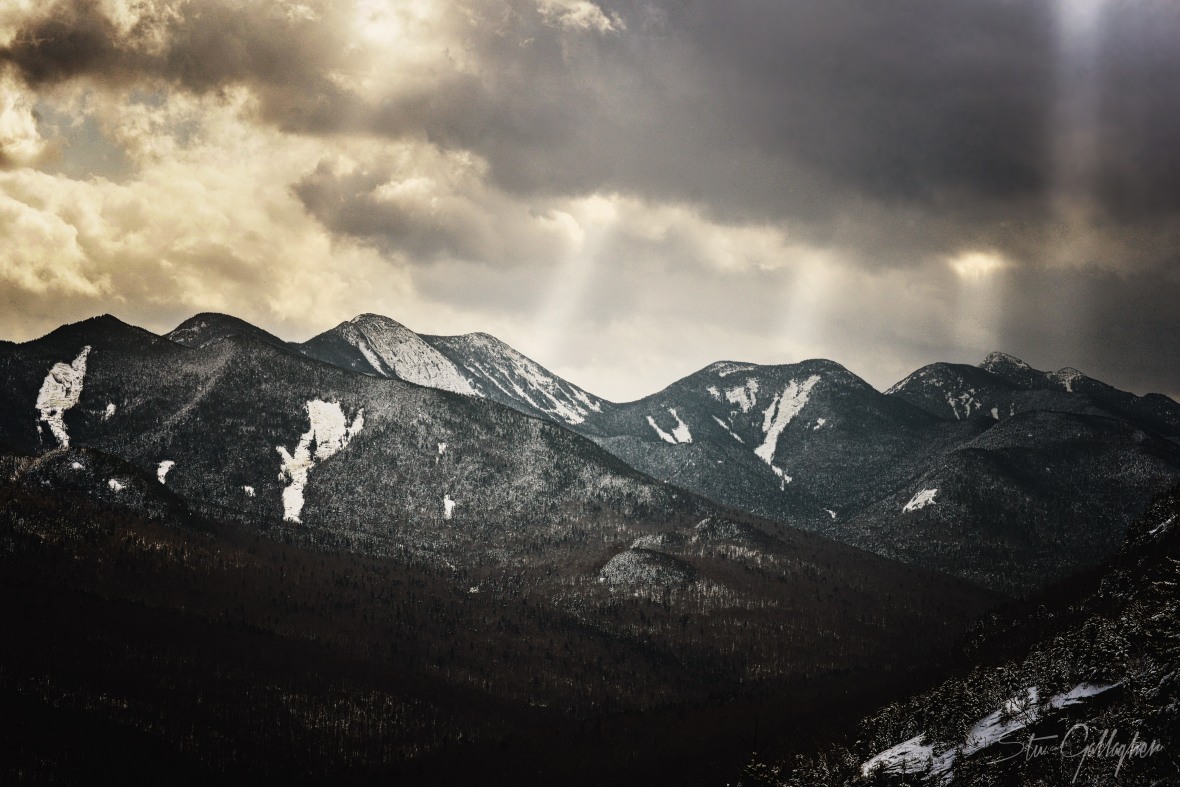 The view from Three Brothers. 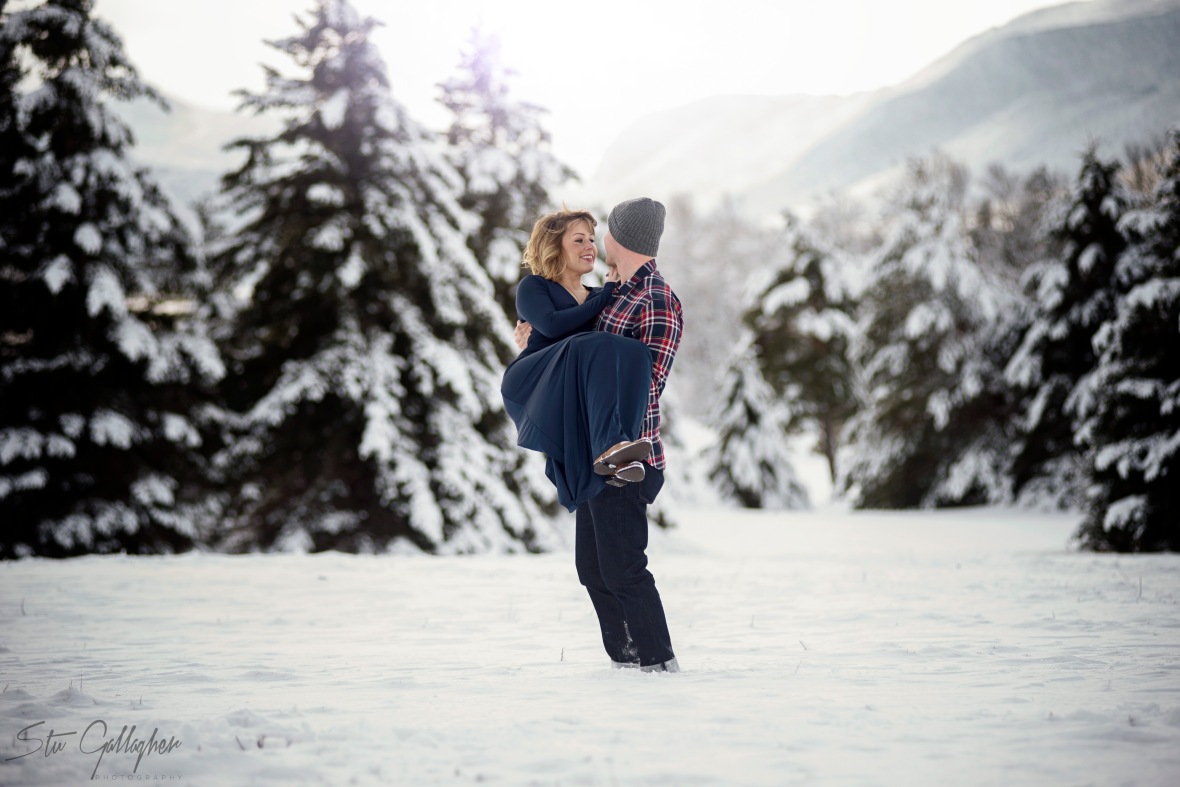 {Loj Road} Ignoring how nasty the wind was and going for it. 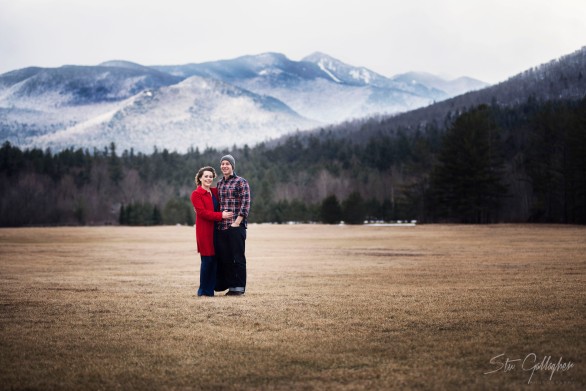